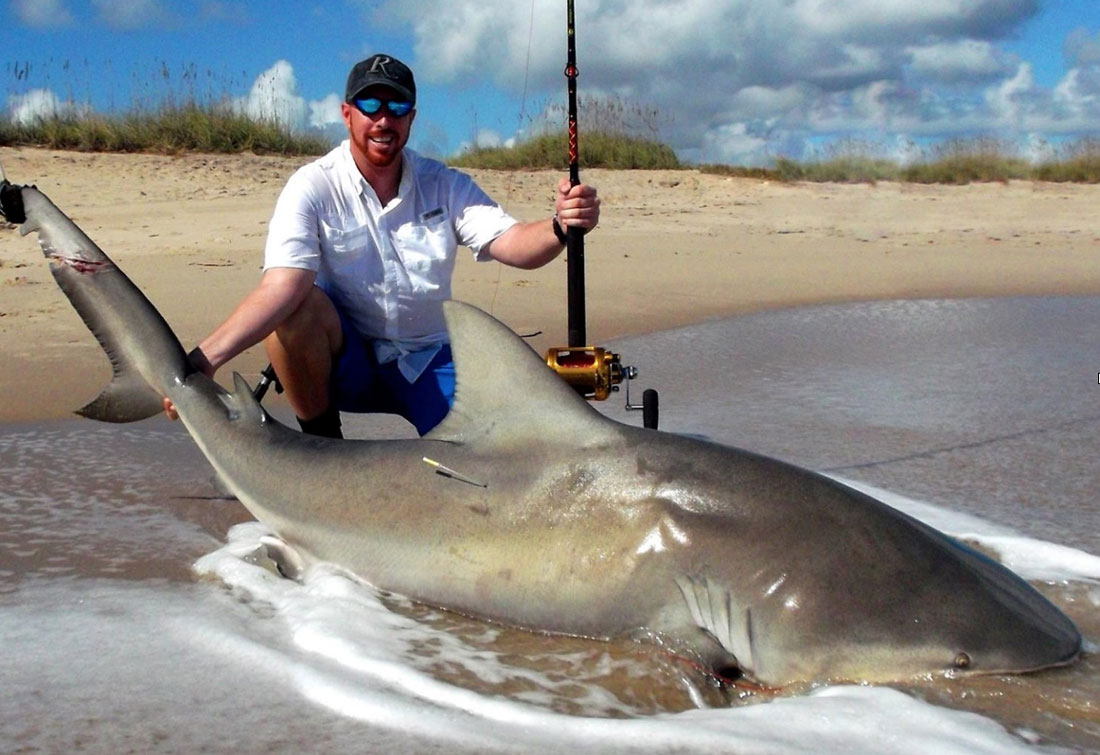 Watch Shark Fishing Videos on Outdoor Reality Shows Seen Online. All the videos are real-life footage of large Sharks caught on fishing poles. Until you catch a large Shark in the middle of the ocean, it’s hard experiencing Extreme Fishing to its fullest. Have you ever caught a 500 lb Man-eating Shark on a fishing pole? Me neither, but I sure like watching videos of the most extreme saltwater fishing this planet has to offer.

Darcie Arahill from the #Darcizzle Offshore Saltwater Fishing Channel caught a large Bull Shark in the Everglades National Park. After Darcie almost gets pulled into the shark-infested waters twice, the Bull Shark gets eaten by a bigger Shark before Darcizzle can get it to the boat. Darcie started Her Salt Water Fishing Channel in June 2014 and presently has over 55,000 subscribers and 20 million views.

BlacktipH Extreme Fishing Host. Josh Jorgensen goes fishing for Blacktip Sharks with Captains Ben Chancey and Jon Boss during the annual migration on the Florida Atlantic coastline. Several thousand Blacktip Sharks are captured in this video right off the beach in the backyards of Florida residents. The BlacktipH Shark Fishing Videos currently has over 280,000 subscribers and over 100 million total views.

The Totally Awesome Fishing Shows hosted by father and son team Graeme & Mike Pullen. In this episode of the TA Fishing Show, Graeme takes Wayne Comben Shark fishing on a small yellow boat. Not just any yellow colored boat, but the yummy yellow color known to attract the biggest Sharks. Graeme and his son Mike started the TA Fishing Show in 2011 with almost 100,000 subscribers and over 20 million views for their Fishing Show Channel.

Add your Extreme Shark Fishing Videos and Fishing Show information Here. Simply add your information to the moderated comment form below (along with the video you’d like to use) and we’ll take care of the rest.