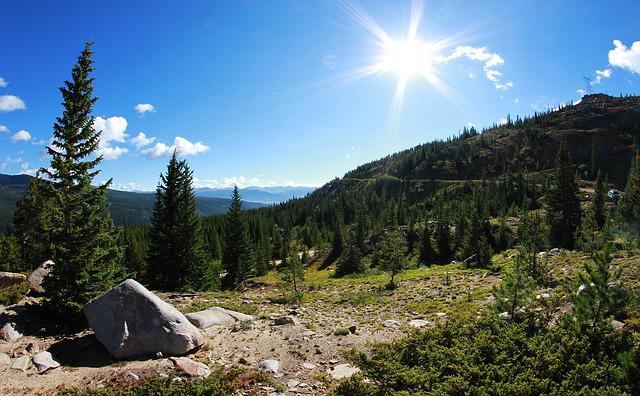 On the History Channel’s Alone Season 9 the contestants were dropped deep into the wilderness in Labrador, Canada as they started the competition. The first order of business was the need to immediately make shelter for the upcoming night. Depending on what they brought and their skills, the contestant surveyed and then decided where they were going to make their shelter.

While most of the viewers might have considered just how quickly it needed to be done, the experienced reality stars were all about utilizing the area to avoid getting wet. Rain was quickly approaching and a first night soaking wet would be disastrous. It was a reality to every contestant as the competition has begun at one of earth’s harshest locations.

Surrounded by moss, up to a foot deep, the first order of business was finding a dry again to use or to have a way their tarps would cover top and bottom. With some forethought, it was interesting to see who thrived and who just covered up for the night to wait until tomorrow. No doubt the approaching weather was an forgiven challenge that would be the first big test.

Getting creative, there was even some serious focus on less work by using the shelter as a tool. One contestant actually shaped the roof of the tarp into a slant to make the rain water roll down the plastic and into a pot. Avoiding any need to run down to the water source to grab water. This ingenious idea reminds us all that sometimes being smarter is better, especially when it comes to survival.

Shelter for the Night

The idea of where you pitch a camp or any sort of shelter for the night also  means what type of exposure you get at first light (if, of course there is any light and the rain dries up). Viewers were shown that one of the contestants came to the decision that the south exposure for his camp was the best so he’d be ready for morning.

Our personal favorite was the tarp used to cover not only the top but also the ground to keep the big pack dry. This allowed a fresh start in the morning and helped avoid any water somehow seeping into the areas needing to stay warm and dry. They looked mighty cozy in their new digs!

As with every good idea, there comes a few iffy ones too. On Alone Season 9 you get to see one contestant who literally covered up with a tarp between some fallen trees. Yep, not too original. And another who started to look a little wet from the damp is as he didn’t seem to consider all the elements in full.

Of course, shelter from the storm isn’t a one night ordeal. There are going to be countless nights the contestants of Alone season 9 will be battling. While the sites look good, for the most part, there is potential for better living and better design. The first night is probably the biggest shock. Getting used to the elements, being comfortable in your surroundings and knowing you need to be smart to be the ultimate winner.

The first days of the Alone show is what TV fans love the most. It really does shape the History Channel show. As the challenge begins, the skillset of every contestant is slowly revealed. How they engage with the environment and how they choose to use their skills is what viewers are watching. Viewers even learn a few things along the way as contestants explain why they decide to seek shelter as they did.

While History Channel Alone fans watch in delight as we cheer on our favorite reality star, it’s definitely a solo affair on this journey. Whomever wins will need to battle the elements without any guidance.