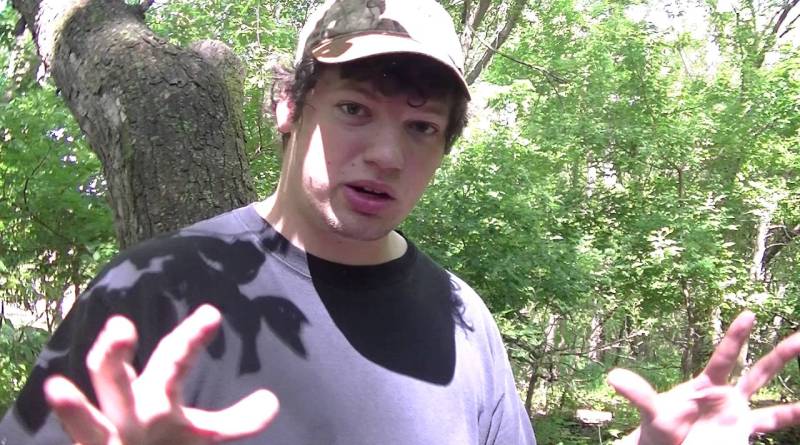 Did you know Sam from Alone Show in Season 1 was the youngest contestant surviving on Vancouver Island seen on the History Channel? Sam survived 56 days Alone and outlasted eight other wilderness survival experts while finishing in second place behind Alan Kay, the winner of History Channels $500,000.00 prize. After living by himself for almost two months on the Island at a questionable camping site (along the waters edge exposed to the storms and the wind) Sam’s sheer determination to survive in the woods proved second to none. There’s a few scenes throughout Alone Show Sam Larson looked like he was going to tap out, but then he dug deep down inside in front of the camera and assured us (and himself) that quitting was not going to be an option.

Sam Larson his Outdoor Channel on You-Tube for four years demonstrating some of his survival techniques. He’s also posting Alone Show Season 2 commentaries shortly after a new episodes air on the History Channel. If you’re a Fan of the Alone Show, then you’ll want to subscribe to Sam’s YouTube Channel and get the behind-the-scenes reviews from this now Famous Outdoor Reality Star.