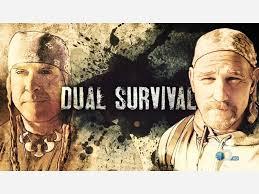 The Dual Survival Show enters the 8th Season on Discovery Channel with yet another change in cast members. Out of 8 Seasons, we’ve seen 7 Outdoor Survivalists hosting the Dual Survival Show. It appears keeping two outdoor survivalists together with entirely different primitive skills has become the primary challenge for this Outdoor Reality Show. Some cast members publicly said “Dual Survival is fake” and scenes staged to look like real reality. That’s certainly nothing new when it comes to Outdoor Reality TV, but a few have also been caught exaggerating on their resumes.

Is there any other reality show with so much controversy among the cast members and yet it’s still one of Discovery Channels Biggest Reality Shows?

Cody Lundin and Dave Canterbury of Pathfinder School are the original cast members for Dual Survival filming 22 episodes in the first two Seasons. After two successful seasons, the Dual Survival Producers learned Canterbury lied about his Military Service when applying for the Show. The Discovery Channel chose not to renew his Dual Survival contract for Season 3.

Cody Lundin gets fired from Dual Survival early in Season 4 for what He say’s was “differences over safety and health concerns.” Most Dual Survival episodes are filmed back-to-back moving to new locations before reenacting another outdoor survival situation. In Season 4, the producers decided to film four episodes at the same time (it was cut down to three?) starting in the Mangroves of Sri Lanka, the Desert of Oman, and ending in frozen Norway. The exhausting filming schedule finally caught up with the Stars when tempers finally boiled over. Cody said He was physically threatened during filming. No one knows for sure but might’ve started soon after Lundin hysterically starts laughing at Teti trying to catch a rattlesnake with a stick.

It appears someone from Discovery Channel deleted the rattlesnake scene in the video below and replaced it with a King Cobra having nothing to do with the Reality Show. Some say the scene was first “intentionally” used showing Cody mentally losing it during a real-life dangerous situation. Personally, it made me laugh just as much watching Joe try to catch that snake. It was perhaps the funniest scene in all the episodes of Dual Survival. Rule #1- Don’t Freak Out when you see a rattlesnake!

Matt Graham takes over Cody Lundin’s role on Dual Survival Season 4 and starts filming with Joe Teti within days. Matt was co-hosting another Outdoor Reality Show, “Dude You’re Screwed” on Discovery helping him get on this Show on short notice. Interestingly, Cody and Matt have a history and do not get along in real life. At one point, Matt claimed to be Cody Lundin’s Outdoor Survival Instructor that turned out not to be true. Either way, Matt was getting along with Joe Teti and the Dual Survival Show ended Season 4 high in the ratings.

Survival Experts for Season 5 and Season 6:

Joe Teti and Matt Graham survive the remainder of Season 4 and Season 5 when Season 6 abruptly ends with only four brand new episodes. Not only did Season 6 end but the Discovery Channel canceled Dual Survival Series altogether. Apparently, Teti seriously injured or killed a dog while trying to save a cat on the set. When the story broke, the Discovery Channel banned Joe Teti from all its properties while under investigation. They weren’t scared of a former Marine and Special Forces Combat Veteran with 20 years experience, were they? Well as it turns out, just like Dave Canterbury exaggerating his Dual Survival resume, so did Joe Teti.

Discovery Channel once again cancels Dual Survival only to re-announce they’re bringing back the Show in Season 7 with brand new hosts.

Apparently, Grady Powell knew this fact he was in a Group (1st, 5th, 7th, 10th, etc.,) within the U.S. Army Special Forces and wore a Green Beret as a result. Powell was also on another Outdoor Reality Show, Ultimate Survival Alaska on the National Geographic Channel helping him land the role on Dual Survival on short notice.

Bill McConnell’s been teaching primitive wilderness survival, nature awareness and tracking for the past twenty years. He runs a wilderness survival school in Montana called P.A.S.T. Skills teaching a broad range of outdoor survival skills. It appears both Teti and Graham had a larger following on Dual Survival than Discovery realized and viewers never gave Grady and Bill a chance proving themselves as a team.

Grady Powell returns with Josh James from New Zealand in Season 8. Josh is an expert primitive survivalist specializing in everything outdoors. In fact, all the food Jame’s Family consume’s is harvested from the New Zealand wilderness. So how did the Discovery Channel find Josh James for the Dual Survival Show? Most likely from the Josh James “Kiwi Bushman” YouTube Channel filled with exciting outdoor adventures.

As a Fan of the Dual Survival Show, (even though it’s obviously fake reality TV) Josh James brings an entirely different perspective compared to his primitive survivalist peers. He’s like a real-life Crocodile Dundee if you ask me.

On a scale of 1 to 5 Stars, what ratings do you give Dual Survival as an Outdoor Reality Show? 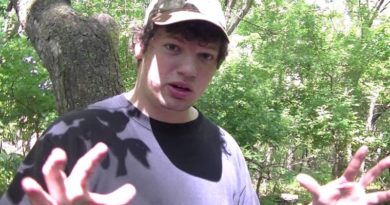 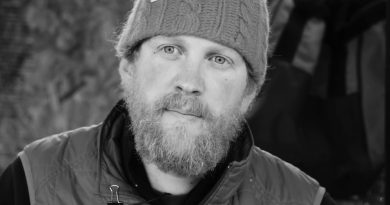