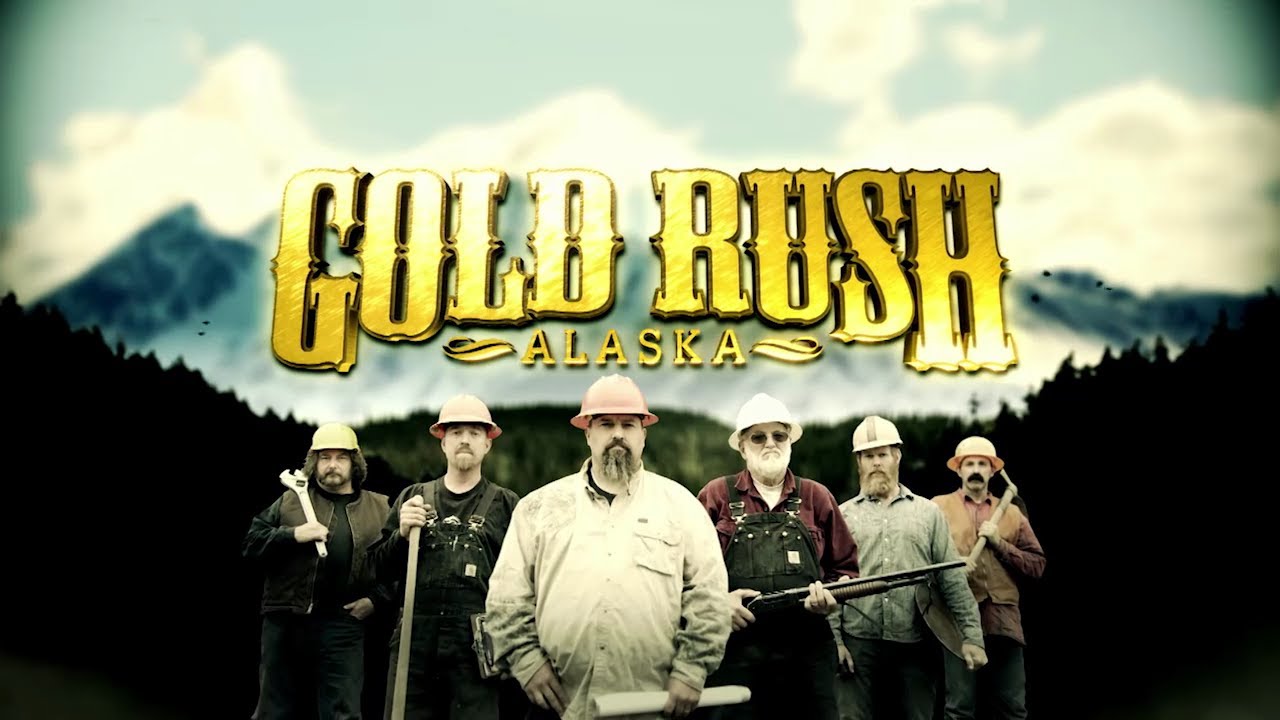 Is Gold Rush Alaska Fake and Staged for the Show?

How much of Gold Rush Alaska Fake or being staged on the Discovery Channel? So far, the Show’s just starting off Season 8 with a whole lot more questions than answers. It’s no secret several Outdoor Reality Shows are scripted with fake scenes adding a little drama, but a modern day Gold Rush in Alaska? Certainly, there’s plenty of real-life drama on any large-scale gold mining operation they don’t need to add fake or made-up scenes for the Show, especially for Discovery Channels mega-hit Gold Rush Alaska. Right? Wrong! While the production crew might have had good intentions producing a “real” Reality Show in the first few Seasons, Season 8 Premiere 2 -Hour Episode shows too many flat out staged scenes to be ignored.

It was fun watching a bunch of dumb chits move to Alaska in the first few Seasons to strike it rich mining for gold. Most of the crew members didn’t have a clue how to mine for gold, but that’s what made this Reality Show Real (funny). Nowadays, (specifically starting with Season 8, Episode 801) it seems most of the cast members are becoming better actors than serious gold miners.

Let’s take a look at Gold Rush Season 8 Cast Members (Miracle on the Mountain) and see how much of the show was real and how many scenes  was Gold Rush Alaska Fake or staged for the Show.

The Gold Rush premiere episode starts with Parker Schnabel visiting his grandpa John Schnabel’s grave that recently passed away at the age of 96 years old. When it came to keeping both Parker and Gold Rush Show “Real,” Parker’s Grandpa “Always was the Real Deal.” He was my favorite character on the entire Show always giving great advice to Parker with a smile, even when He was not-so-happy with the young teenage gold miner.

Tony Beets and Family starts Gold Rush Alaska with another outrageous plan for Season 7. When Tony first joined the Reality Show full-time, He took a 70-year-old antique gold dredge and brought it back to life. Now, in Season 7, Beet’s found an even bigger rusty old gold dredge weighing 159 tons and wants to invest an entire season bringing another relic back from the Gold Rush Days.

Todd Hoffman and Crew make their Gold Rush Alaska Season 8 Debut driving in a convoy of trucks in the Mountains of Oregon. Todd’s first words are, “This year I’m taking the biggest gamble of my life.” Haven’t I heard that somewhere else before? Anyways, Todd, Jack, Dave Turin and the rest of the Hoffman crew decide to give-up on mining for gold in the Klondike where they mined over $3 million worth of gold last year. Instead, they chose the High Bar Mine in the Blue Mountains close to home in Oregon.

Todd Hoffman miraculously just leased the High Bar Mine sitting on top a mountain 4000′ high that recently discovered a nearby water supply. The gold-rich fields have produced millions of dollars worth of gold dating back to the 1800’s, but never using a modern day dredge requiring lots of water. When the Hoffman Crew first arrive at the High Bar Mine, the drone footage shows four elaborate water stock ponds someone recently spent a small fortune to construct on top the hill. Todd then informs the crew he not only leased the mine for the Season, but he also rented the brand new $1 million dollar dredge sitting off in the distance.

Really Todd? You really wait until getting to the mine before telling the crew about the new dredge that might or might not even work? But wait, there’s more.

Andy Spinks, Freddy Dodge, Kevin Hiatt, Logan Pierce, Jack and Hunter Hoffman all do a great job acting like they don’t know a darn thing about the new dredge they’ll be operating in Season 8.

Todd claims they found 100-ounce gold nuggets in the area before, so he sets the season’s goal recovering 5000 ounces for this year. The entire Hoffman Crew looked genuinely shocked and was perhaps the only scene not staged in the opening IMO. Heck, they recovered over 3000 ounces of gold in the Klondike last year, so why couldn’t they almost double production this year in Oregon, even if the High Bar Mine is unproven ground for the crew?

Tony Beets begins Gold Rush Alaska in Season 8 with his Family Minnie, Monica, Kevin and Mike sitting around the kitchen table. Tony lays out the entire season with his plan to double their gold mining operation buying another 70-year-old antique dredge. Everyone needs to step-up this season including Monica giving the job running another wash plant finally with her own crew. She chooses an all-female gold mining crew that’s the first in the History of Klondike Gold Mining. The entire scene was about as real as it gets when it comes to Tony Beets being, well, Tony Beets.

With his kids squared away keeping his gold mining operation in business and making money, Tony gets busy figuring out how to get the abandoned antique dredge 150 miles down the Yukon River. One minute Beets is watching his quad being airlifted by a helicopter while he’s still talking to the camera crew on the ground. The next scene Tony’s inside the same helicopter with the Quad in tow. Oops, the scene probably wasn’t fake or staged, but how did Tony get into the helicopter “after” it already took off?

Ashley explains to Schnabel’s Best Friends how the new couple was instantly attracted to each other. She smiles at Parker with a rather interesting look on his face. He says, and I quote, “Ya, no I’m glad you made it” while staring directly at the ground. Maybe He was just a little camera shy being filmed with a girlfriend on TV for the first time? Perhaps, but Parker introducing Ashley to his entire crew first as his Sister was another awkward moment hard to ignore. Someone needs to wake that boy up!

Who is Ashley Youle and how did she hook-up with Parker Schnabel, the most eligible millionaire bachelor on the Gold Rush Alaska Show? Surprisingly, there’s not much information about Ashley Youle on the entire Internet. Not a single picture of Parker and Ashley on vacation together in Australia. In fact, the only pictures I found of Ashley is posted on a MySpace account. MySpace? No kidding. There’s nothing wrong with that, (maybe 10 years ago) but she looks “exactly the same” and still wearing a ski hat. You just can’t make this kind of stuff up, not even for an Outdoor Reality Show. On the other hand, maybe you can.

My favorite Gold Rush Alaska fake scene (Oops moment) so far in Season 7 is the Hoffman crew doing the first gold clean-up of the year. A young female on the crew (I don’t know her name) is picking out larger gold nuggets from the sluice box before Jack separates the finer gold. When they weigh to gold total at the end of the episode it’s a measly 3.5 ounces for all their efforts. The only problem is, they forgot to include the gold nuggets shown being picked one minute prior. Whoops, now why would they forget to include the gold nuggets?

Perhaps the most unflattering, insult to our intelligence and flat-out Gold Rush Alaska fake scene on Episode Season 7 is again with the Hoffman Crew. The crew was attempting to start the brand new $1 million dredge for the first time. The worker responsible for this job “finally” discovers the owners placed locks on the main power-box and essentially shutting them down before they even start. Two workers working for the High Bar Mine Owners miraculously appear and insist they join the Hoffman Mining Crew or else they won’t take the locks off. Todd has no choice and hires the workers that have the keys to unlock the dredge in their possession.

Can you imagine showing up to a gold mining operation with your entire crew and something like that happened in real life?

Now, if that happened to Tony Beets, He’d take the dang keys out of their pocket and chase the two workers off the mountain before they even knew what hit them. Maybe the producers should’ve given that role to Tony instead?

I still love to watch the Gold Rush Alaska Show after all these years. It’s entertaining even knowing they seem to be getting farther away from Real Outdoor Reality TV.