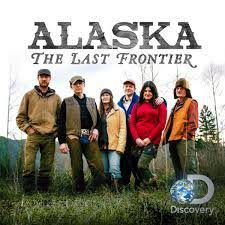 Alaska The Last Frontier is an Outdoor Reality Show exclusively seen on the Discovery Channel. Alaska The Last Frontier show follows the Kilcher Family located outside Homer, Alaska on property the family’s been homesteading for almost 100 years when Yule and Ruth Kilcher immigrated from Switzerland to outside Homer, Alaska. The entire true story’s summed up in the video below as Atz Kilcher and his famous daughter Jewel, sing the theme song about their way of living in Alaska.

In the past five Seasons, the Kilcher Family’s main characters including Atz and Bonnie, Otto and Charlette, Eivan and Eve, Atz Lee and Jane have filmed a total of 81 Episodes for the Alaska: The Last Frontier Outdoor Reality Show. Surprisingly, (at least at this time) the Discovery Channel still hasn’t announced if there’s going be a Season 6 filmed on the Kilcher Homestead. Considering this is one of the Network’s Biggest Hit’s when it comes to reality shows, it’s hard imagining not bringing back Alaska: The Last Frontier for Season 6 when they’re so close to the 100th episode.

Did you know the famous singer/ songwriter named as “Jewel” is in real life Atz Kilcher’s daughter? Most people know Jewel was already famous before Alaska: The Last Frontier was first seen on the Discovery Channel and rightfully assume her celebrity status played a part of why the producers chose the Kilcher Family for the Show. As the story goes, the casting crew had no idea the Kilcher’s have a famous daughter but soon learned when this struggling family homesteading property with no running water, had their Hollywood Talent Agent get a hold of the producers the next day. If they weren’t that interested in making a reality series with the Kilchers before, they sure were after that phone call.

Reviews for Alaska the Last Frontier