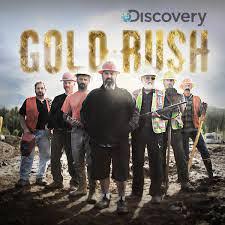 The Gold Rush Alaska Reviews is gearing up for Season 8 of Discovery Channels successful Outdoor Reality Show. What started as a bunch of want-to-be gold miners heading to Alaska when gold was approaching $2000.00 per ounce, has turned into the real reality of what it takes to become a successful gold miner. Who would’ve thought going back to Gold Rush Season 1 when a scrawny teenager by the name of Parker Schnabel, was already prospecting at the Big Nugget Mine and soon would become one of the biggest stars of this reality show? Can you still strike it rich mining for gold in Alaska? You sure can if you’re a cast member of Gold Rush Alaska where some cast members now have a net worth making them multi-millionaires over the past seven successful seasons.

How much does the Gold Rush Alaska cast members get paid per season, per episode? While each successful year the Gold Rush Show’s been seen on the Discovery Channel, the main characters pay per episode has increased dramatically over the past few years. In Season 6 (and at least the same in Season 7) the three most important characters on Gold Rush Alaska, Parker Schnabel, Todd Hoffman, and Tony Beets report-ably made $25,000.00 each per episode and over $500,000.00 for the entire Season. Furthermore, it looks like all three very popular Outdoor Reality Stars might’ve renegotiated their contracts for Gold Rush Alaska Season 8 for a reported $50,000.00 per Episode and over $1 million each.

While the Gold Rush Alaska Season 7 finale focused on a fake feud between Parker Schnabel and Todd Hoffman‘s total year-end gold numbers, Tony Beet’s final gold count for the season was limited to only what was recovered on a 75-year-old dredge as seen on the show. What most viewers might not know about Tony Beet’s, is his little gold operation seen on Gold Rush Reviews is one of several active gold mining sites he controls. Sure, Parker and Todd kicked Beet’s butt on the Show in the final gold clean-out, but in real life, no one finds more gold in the Klondike than Tony Beets entire operation.

Parker Schnabel’s Net Worth exploded after the seventh season on Gold Rush Alaska. Parker’s young gold mining crew recovered an impressive 3362 ounces of gold for the season helping double Schnabel’s net worth within a single year. One of the biggest reasons for Schnabel’s success on the Show (as far as the gold count goes) is because of his crew chief Rick Ness. Maybe someday Parker will realize this fact and make Rick an official business partner which he’s rightfully earned IMO.  Parker Schnabel’s net worth is now estimated over $3 million with the majority invested in gold mining equipment and savings to buy his own gold mining claim.

Todd Hoffman also had sizable gains in his net worth for the year after his crew recovered 3032 ounces of gold in Gold Rush Alaska Season 7. Unfortunately, after splitting the gold multiple ways with other key team members including his equal partner and dad Jack, Todd’s current net worth didn’t climb much except for being paid to be on the Gold Rush Alaska Show.

Todd Hoffman’s Net Worth is estimated at $2 million giving him plenty of extra cash for his next gold mining adventure in Oregon. Todd and his dad Jack Hoffman, Dave Turin, James Harness and Jim Thurber have been working together (for the most part) since the beginning of Season 1.

Tony Beets has increased his net worth more than any other cast member seen on the Gold Rush Alaska even though he’s the newest leading cast member on the Show. How much does a show like the Discovery Channel have to pay the person everyone in Alaska calls “The King of the Klondike” when it comes to running successful large-scale gold mining operations? Furthermore, how much “extra” did Tony Beets get paid from Gold Rush Alaska “pretending to get beat in this season’s gold count” by Parker Schnabel? Some might even say Gold Rush Alaska is Fake after learning the truth about how much gold Tony Beets really recovers.

Tony Beets Net Worth is estimated around $7 to $10 million and maybe more, a lot more. Only the Beets Family knows how many gold mining claims they own (or control) and the quality gold nuggets they’ve collected over the past thirty years. The biggest part of Tony’s success is his wife Minnie Beets, daughter Monica, and son Kevin, who all work just as hard. When it comes to the Gold Rush Alaska Show, we certainly can’t forget about Gene Cheeseman, who keeps the antique gold dredge operating.

On a scale of 1 to 5, How many Stars do you give the Gold Rush Reviews as a Outdoor Reality Show?